Valians International celebrates its 10th anniversary this year in May 2022!

For the occasion we would like to thank all our partners for their trust.
👉 10 years of meeting and partnerships 🌍🚀and many beautiful years to come.

For the occasion, we wish to thank all our clients for their trust.
👉 10 years of « Sucess stories » 🌍🚀and more wonderful years to come.

The worldwide pandemic situation that started at the beginning of 2020 has accelerated a global trend that emerged few years earlier of nearshoring sourcing and production operations. This was the consequence of a strategy of ”derisking” supply chain disruption: higher costs from Asia, diversification of sourcing options, made in Europe awareness and better control on logistic costs and delivery time.

Companies from different industries (machinery, industrial equipment, retail, …) started to investigate other alternatives to China and Eastern Europe emerged as one of the major focus for European companies due to its closeness to European market with relatively low production costs.

What is the situation after 2 years? Is Eastern Europe an alternative to China? What are the main factors of success and major challenges in sourcing in Eastern Europe nowadays?

At Valians, we’ve been conducting sourcing and investment operations in Eastern Europe for over 25 years. From the beginning of the pandemic situation, we’ve been focusing our effort on ensuring access to reliable information and data in order to deliver short-time alternative to the Asian situation. This involved exhaustive identification of local suppliers, their access to raw materials, production capacities and availability, and also evaluation of best production location within the region via comparative investment and sourcing analysis.

Sourcing in Eastern Europe is a complex and quite different process than in China. 1st of all, when you consider sourcing in Eastern Europe, you need to consider sourcing in over 15 different countries of different sizes, industrial know-how and cultures. It involves allocating many resources in identifying and qualifying reliable suppliers. In many cases, suppliers are not identifiable at 1st sight (no major fairs like Canton, no catalogues of suppliers, very few and low matured sectorial associations).

2ndly, access to reliable information on suppliers is often quite limited. Without a local presence speaking local language and culture, it makes it very challenging to collect data.

During these last 2 years, our teams located in the different countries in Eastern Europe has been travelling intensively: Poland, Czech Republic, Hungary, Serbia, Romania, … to strengthen our position with our local network including public institutions – investment and export agencies. We edited several materials on sourcing opportunities per major industry in each country in Eastern Europe, and presented several webinars. During this period of time, we provided support to over 30 companies looking to nearshore production operations in Eastern Europe.

In the period between 2020 and beginning of 2021, most of the projects were mainly disrupted by the Pandemic situation as many factories were on a hybrid phase (limited number of workers present on site). But in the meantime, many Eastern European suppliers managed to adapt to the situation and to rapidly be competitive towards new demands from European companies, thanks to the fact that they had production capacities available and to the competitiveness of local currency. Some very successful operations were conducted by our team, especially in the plastic and packaging industry.

From mid-2021, many Eastern European factories started to be at full capacity. In the meantime, worldwide situation on lack of raw materials and pressure on labour costs generated a need to identify new sources of suppliers.

Thanks to our long-standing experienced team of partners present in each Eastern European country, we managed to collect in-depth reliable sourcing opportunities and identify a very large database of potential suppliers in most of the major industries. This allows us to get fast access to potential sources of suppliers and get a comprehensive and comparative view on the different sourcing options for our clients in the whole region.

Like many companies in the world, Eastern European suppliers are directly hit by the current supply chain reshifting and limited access to raw materials. Nevertheless, Eastern European suppliers are in most cases very flexible and capable to adapt very rapidly to this environment. We see many suppliers willing and capable to reshift efficiently their production (automotive to consumer goods, finish goods to bathroom elements, …).We currently conduct successful operations for our clients in metal-working and aluminium parts, plastic consumer goods and home interior.

A successful nearshoring of sourcing and production activities in Eastern Europe should be based on:

–       Not comparing to the ”traditional” sourcing process from China

–       Focusing on generating successful landed costs operations (included direct and indirect costs), and rather on small volumes to start with, as a complement to China

The current situation in Ukraine and Russia will generate new challenges for Eastern European suppliers in gaining access to raw materials and shows once more the importance of diversifying its supply chain options. Eastern European suppliers show strong resiliance to external factors and their capacity to find short term solutions will definitely be an advantage in the current context.

Additionally, we currently see opportunities for strategic investment through acquisition of local suppliers in the region who are often willing to grow but usually lack of financial capacities. This solution enables foreign companies to secure production operations within Europe, using competitive and reliable existing production capacities.

click here for the pdf version : Nearshoring of sourcing and production operations in Eastern Europe: Situation and major outcomes after 2 years PDF

At the beginning of July, the Globallians convention was held in Marseille physically and in digital. On this occasion, Maryline Bertheau-Sobczyk was elected co-president of the network with Jean-Pierre Labry, President of Export Pulse.

Today Globallians has a network of international experts in more than 70 countries via 11 members and its teams of more than 300 collaborators.

„We have an ambitious roadmap to grow and better support you in your international development.”

Finally the physical meetings! In June the Valians team met in person in Krakow! It was a moment of discussion, sharing of experiences, feedback on the different projects and above all a moment of conviviality which we have missed so much these last months.

During 2 days, the companies had the opportunity to exchange in digital format with wholesalers, distributors and logisticians as well as with the Polish buyers of the supermarket chains including Carrefour, Leclerc and Intermarché. More than 80 B2B meetings were held!

In 2020, the e-commerce market in Poland will experience the strongest growth for several years. In addition, this market is forecast to grow at double-digit rates over the next three years. Our Managing Partner, Cédric FROMONT was glad to give Finnish companies from Business Finland its expertise of the e-commerce market in Poland in collaboration with the largest marketplace in the country Allegro.pl

After years of inactivity, the Honorary Consulate of Belgium in Krakow will reopen its doors under the supervision of M. Philippe De Brouwer, new honorary Consul. The consulate will be based at Valians’ offices in Cracow and will have many aspects to support Belgian citizens and businesses.

Together with Enterprise Mauritius, (the National Export Promotion Agency of Mauritius) a delegation of 10 mauritian companies came in Poland to meet with potential buyers. For this occasion VALIANS has organized around 75 B2B meeting in textile, food and rum industries. 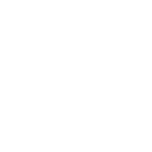 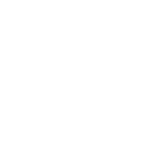